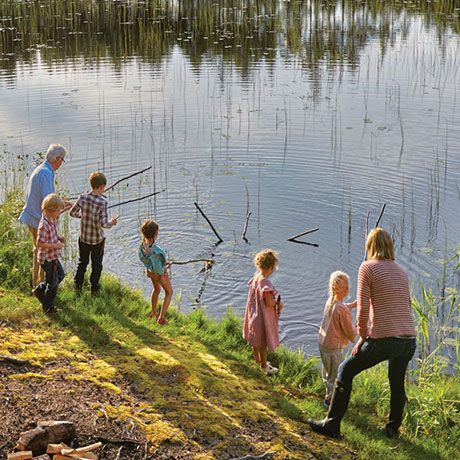 Incidence measures the number of new cases of cancer diagnosed within a specific timeframe. This chapter reports projections for the years 2017 to 2020.

Risk factors can include the following:

In 2020, Ontarians are expected to be diagnosed with an estimated 91,946 new cases of cancer (excluding non-melanoma skin cancer). This will result in an age-standardized incidence rate of 551.8 cases per 100,000 people (Figure 1.1).

The figure shows an abrupt increase in the count and incidence rate seen in 2010, which is a result of the Ontario Cancer Registry’s adoption of the National Cancer Institute (NCI) Surveillance, Epidemiology and End Results (SEER) Program’s rules for counting multiple primary cancers. Those rules were applied starting in diagnosis year 2010, which means the higher numbers observed starting that year reflect an adoption of these new rules and not a true increase in the incidence of cancer (see Analysis for more information).[1]

Among males, 45,494 cases of cancer are expected to be diagnosed in 2020 for an ASIR of 577.2 per 100,000 (Figure 1.2). The rapid drop in the count and rate after 2011 is partly because of the declining rate of prostate cancer. This decline followed recommendations from the U.S. Preventive Services Task Force against using prostate-specific antigen (PSA) testing for the routine screening of healthy males.[2] Similar recommendations for PSA testing in Canada were published by the Canadian Task Force on Preventive Health Care in 2014.[3]

The numbers are higher for females, with 46,452 cases diagnosed for an ASIR of 536.0 per 100,000 (Figure 1.2). The incidence rate has been higher for males than females every year since 1981. This sex difference has been observed in many other jurisdictions.[4,5] Higher rates of cancer among males have been attributed to differences in behaviour,[6,7] immunity,[8] hormones[9] and exposures (e.g., workplace exposures)[10,11] between the sexes[12,13].

The ASIR is expected to be higher in males than females for all cancer types listed in Table 1.1. A higher prevalence of certain risk factors are suspected reasons for this discrepancy. These include:

Some notable differences exist between the sexes. The number of new thyroid cancer cases in females, for example, will outnumber male cases by nearly 3-to-1. Possible reasons for the higher incidence of this cancer include:

The incidence of less aggressive types of thyroid cancer (e.g., papillary thyroid cancer) has been higher in females than males in a number of jurisdictions. However, the incidence of more aggressive types (e.g., anaplastic and medullary) is generally similar between the sexes.[14,19] As a result, thyroid mortality rates have been fairly equal between males and females (see Chapter 6: Cancer Mortality Rates and Trends).

In addition to thyroid cancer, bladder and liver cancers are expected to have the biggest differences in cancer incidence between the sexes:

Symbol: ** Suppressed due to small case count (count less than 6).

For more information on cancer incidence in Ontario, including data on more cancer types and trends over time, see Chapter 5: Cancer Incidence Rates and Trends.