Cancer in the Métis People of Ontario: Risk Factors and Screening Behaviours

We have partnered with the Métis Nation of Ontario to publish Cancer in the Métis People of Ontario: Risk Factors and Screening Behaviours. This report addresses the lack of Métis-specific health data in Ontario and enhances our knowledge of the cancer risk factors affecting this at-risk population.

Cancer risk is significantly higher within the Métis population than in the general population of Ontario and disparities continue to exist.

Highlights of the Report

We have aligned this report with our Aboriginal Cancer Strategy, which highlights research and surveillance as a strategic priority. This new research will provide Métis people with effective prevention strategies to reduce their cancer risk and will also help inform evidence-based programs. 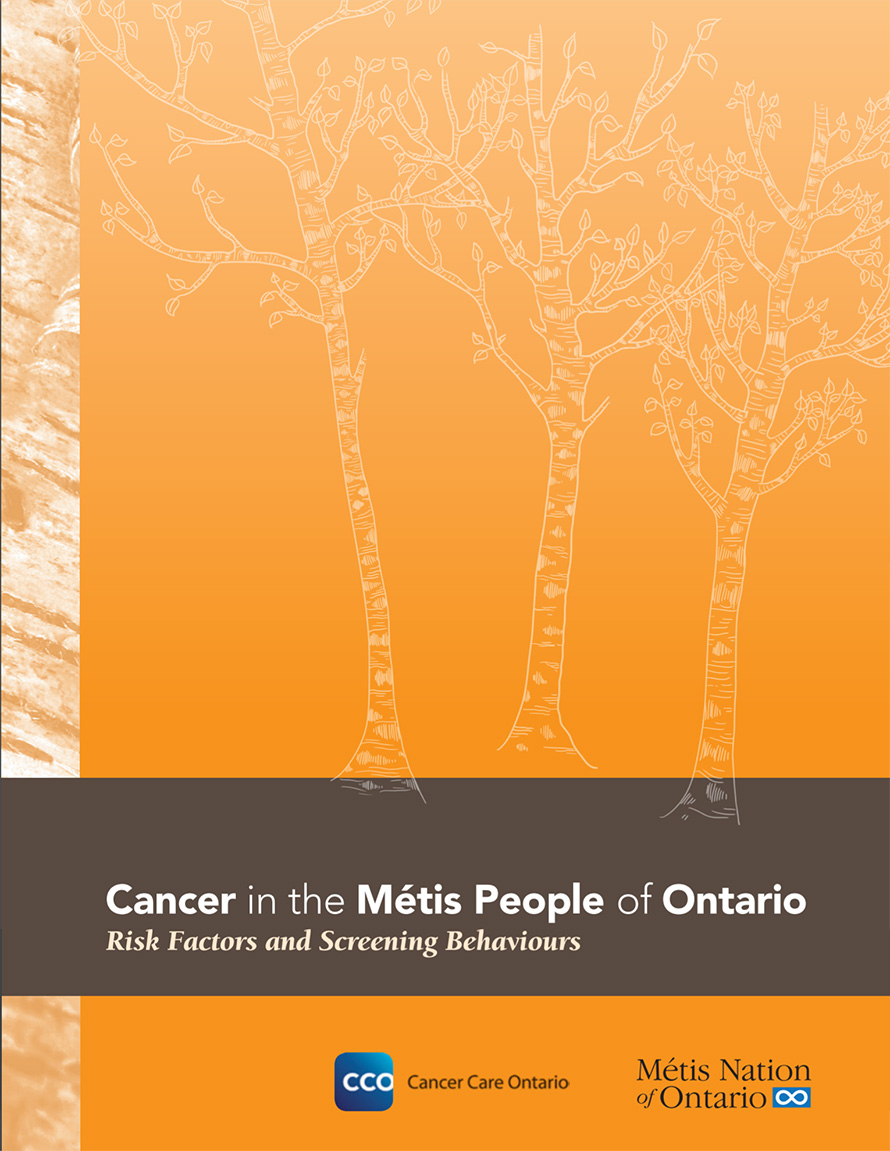